WWE Set to Start Hosting Live Fans in their Events. 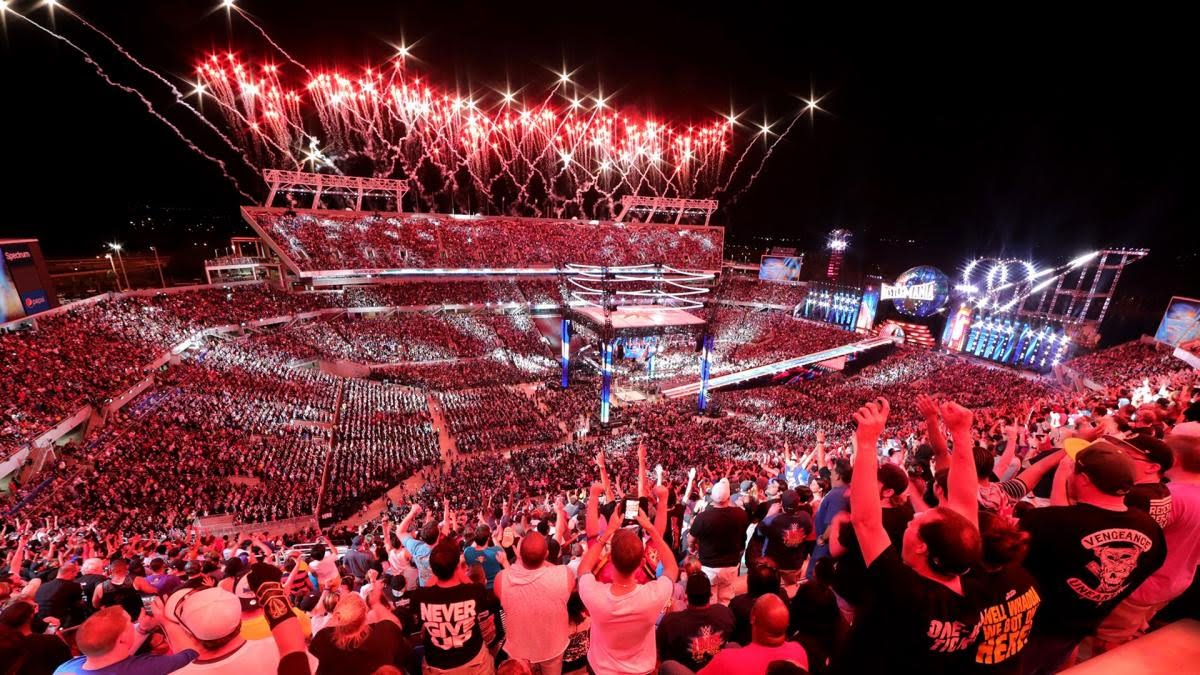 The WWE authorities have officially announced that they will be starting their live event tour beginning from July 16 and it will be a 25-city tour.

WWE stoped hosting live audience in their events since COVID-19 became a global pandemic in 2020. Infact, WrestleMania 36 was held in the WWE Performance Centre at Orlando Florida, where no fans were allowed into the venue so as to prevent the rapid spread of coronavirus.

However, in August 2020, WWE began her first thunderdome technology, where fans were sent links to join video conference crowd system and appear on live TV to watch WWE events. The WWE thunderdome has been held in 3 different venues in Florida, United States so far and they include; Amway Center in Orlando, Tropicana field in St. Petersburg and Yuengling Center at the University of South Florida in Tampa (current venue of WWE thunderdome).

There is profound excitement among the WWE Universe as they can now start to get tickets to watch their favourite wrestlers perform in the ring live again. The 3 venues that has been officially announced for the WWE live event tour include; SmackDown at Toyota Center in Hoston on July 16, Money in the Bank pay-per-view at Dickies Arena in Forth Worth on July 18, and Monday Night Raw on July 19 at Airlines Centre in Dallas.

The ticket for the live events that will take place in Hoston, Forth Worth and Dalas will be on sales from next week Wednesday May 26 by 11am ET. The WWE live events include 25 city tour in total and the remaining will be announced by WWE in weeks to come.

Make sure you stay glued to WrestlingGist to get more credible informations for the upcoming live events and how to get the the tickets to go for the show.