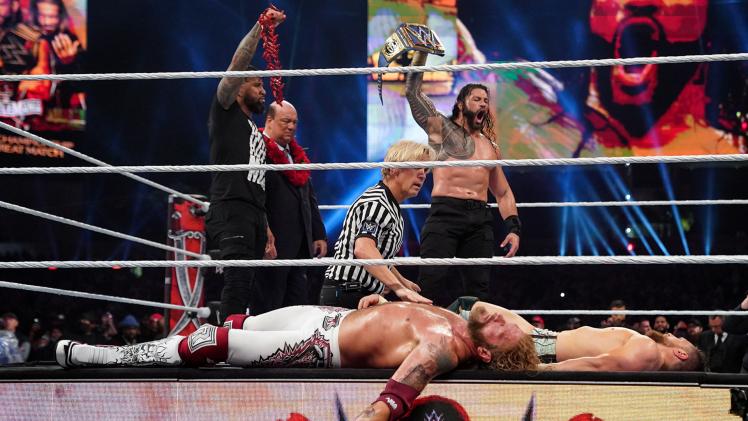 The Head of the Table ‘Roman Reigns’ has survived the odds against him at the Main Event of WrestleMania to retain the WWE Universal Championship.

The Triple Threat Match for the Universal Championship was a well anticipated match and it started with high intensity of power, physicality, athleticism and dominance from the 3 men in the ring.

Jey Uso accompanied Reigns to the venue and he stood at the ringside to watch the match. Uso intervened into the match on several occasions to assist Reigns since the match was a ‘No Disqualification match’.

Roman Reigns was severely wrecked and decimated by both Edge and Bryan. Edge captured Reigns with the crossface summission using a piece of the steel chair but Bryan prevented him from tapping out. Bryan held Reigns with the Yes Lock while Edge was still holding him with Crossface.

The match eventually ended in the favour of Roman Reigns as he delivered a spear to Edge and pinned him together with Bryan to stand tall as the winner of the match.