WrestleMania 2022 Set to Take place at AT&T Stadium, Ticket will be available for Sales this Month 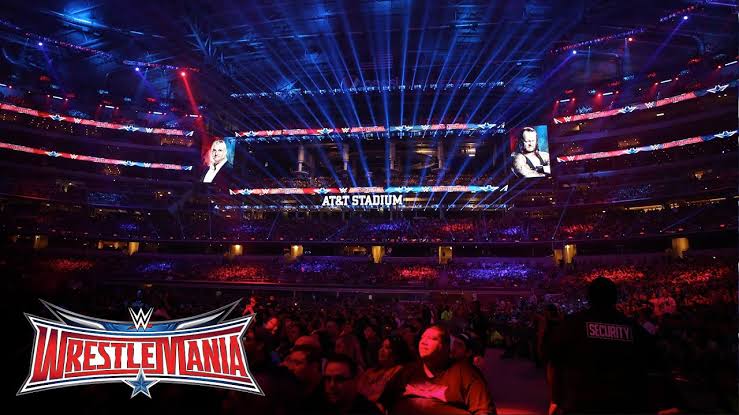 WWE has officially announced through their official website and social media pages that the sales of WrestleMania 38 for 2022 will kick off beginning from Friday November 12 by 10am.

WrestleMania is the biggest pay-per-view event in WWE and it usually requires consistent hardwork before any wrestler can make it to the event. Last year’s WrestleMania featured massive changes in Title Holders and the events was an unforgettable one packed with actions and suspense.

Next year’s WrestleMania 38 will kick off in two nights and both nights will be held at AT&T Stadium in Arlington,Texas. The night 1&2 of WrestleMania will come up on Saturday April 2 and Sunday April 3, and interested fans can get their tickets here when it is available for sales.

WWE has also announced that the WrestleMania Travel Packages will be available for sales starting from Nov. 8, and the packages included tickets to WrestleMania week events and meet-and-greet experience with WWE Superstars.

No official poster has been released yet by WWE for the 2022 WrestleMania, as there are still long ways to go before the event kicks off next year. In addition to WrestleMania, WWE has also announced the date for other events in 2022 and they include Money in the Bank at Allegiant Stadium Las Vegas on Saturday July 2, SummerSlam at Nissan Stadium Nashville on Saturday July 30 and Survival Series at TD Garden at Boston.