Roman Reigns in trouble as Edge returns to SmackDown (Video) 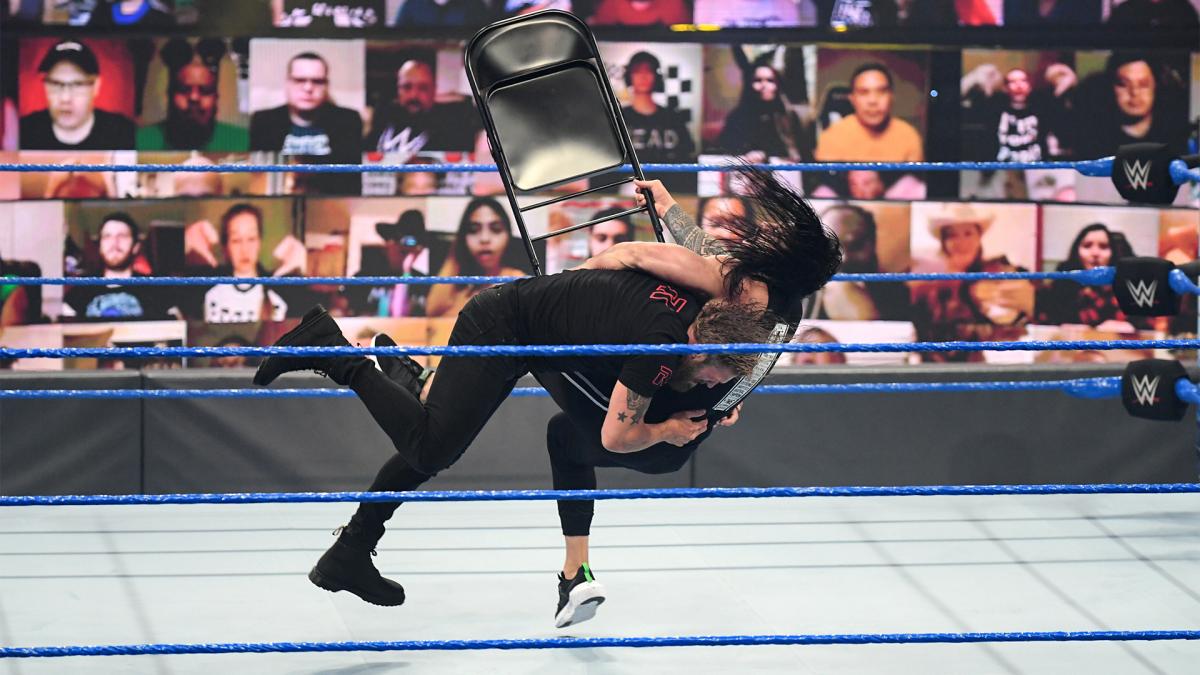 The Tribal Chief found himself in trouble last night as Edge made a surprising return to SmackDown and brutally assault him after months of absence on the show.

Roman Reigns has been dominating and terrorising the Blue brand since he became the Universal Champion and he has always been wrecking whoever that crosses his path or comes for his Title.

The Tribal Cheif has survived many odds against him on SmackDown to retain the Universal Title and he has defeated superstars like Kelvin Owens , Cesaro, Daniel Bryan , Rey Mysterio and Edge is not excluded from the list.

Watch the video below:

The last time Edge appeared on WWE show was at WrestleMania 37 held at Raymond James Stadium during his Triple Threat Match against Roman Reigns and Daniel Bryan for the Universal Championship.

The match card was initially booked for Roman Reigns versus Edge at WrestleMania but Bryan forced himself into the match and made it Triple Threat. The match eventually ended in favour for The Tribal Chief as he pinned both Edge and Bryan to retain his Title at WrestleMania.

Edge, however, made his shocking return to SmackDown last night when Roman Reigns was about to address his next challenger for the Universal Championship. Edge music was played and he hits the ring for The Tribal Cheif. The Ultimate Opportunist ‘Edge’ decimated Reigns and spared Jimmy Uso through the barricade before SmackDown went to an end.

Since Edge has finally returned to SmackDown, then it is very sure that we will see him versus Roman Reigns for the Universal Championship at Money in the Bank pay-per-view next month and the event is going to be in the front of live audience.

Do not miss out next week SmackDown as it kicks off at exactly 8/7 C on Fox.