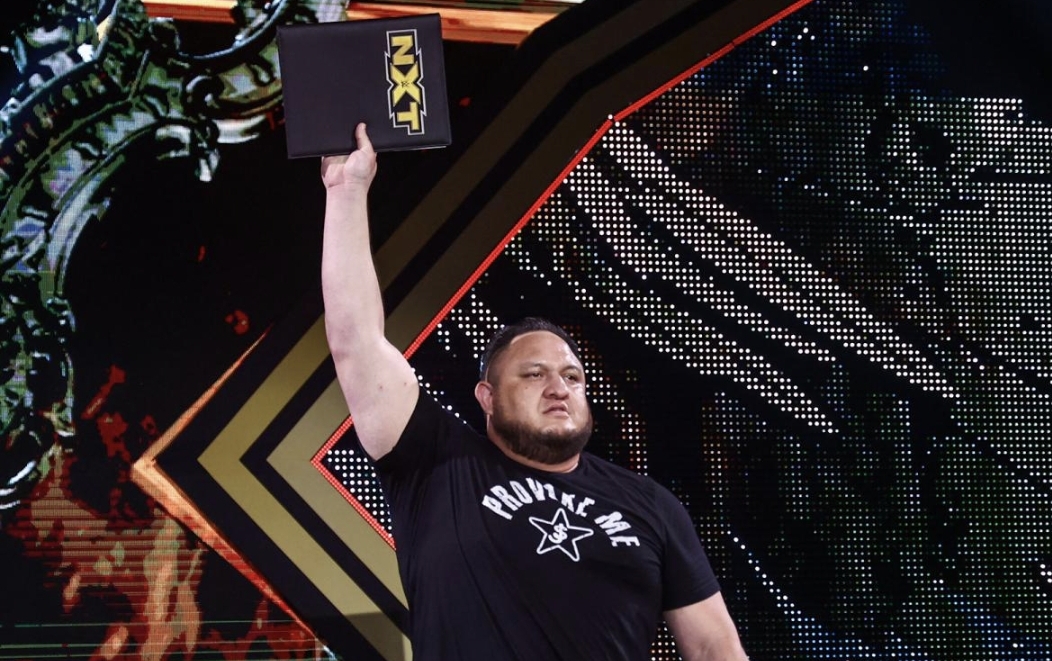 The NXT Universe were in jubilation last night as the former NXT Champion, Samoa Joe was officially cleared to compete in the ring again.

Samoa Joe has been out of in-ring actions due to injury for several months and he joined the commentary team on Raw for months before he was eventually released by WWE in April this year. His release sparked mixed reactions among the WWE fans globally, but he was rehired again to join the management of the black-and-gold brand last month.

Samoa joined the management of NXT to assist William Regal to combat those that has been causing choas on the brand. His presence was well felt as he continued to take out those terrorising NXT.

Last week on NXT, Karrion Kross caused an absolute pandemonium when he attacked William Regal and escaped. This came a week after he passed out Samoa Joe with the guillotine choke after his match against Johnny Gargano for the NXT Championship.

Samoa Joe was seen in the ring alongside with the General Manager of NXT, William Regal last night on NXT. Joe said he knows that Williams might want to fire Karrion Kross for attacking him last week, but he has a better solution.

Joe then tendered his resignation letter from the NXT management to Williams, and also told him to get him reactivated into the main rooster. Joe then asked Williams to sign the NXT Championship match between him and Karrion Kross at NXT Takeover 36 and it was made official, as Williams got it signed.

Therefore at NXT Takeover 36, Karrion Kros will defend the NXT Championship against Samoa Joe in a single match and the winner will walk out as the Champion.