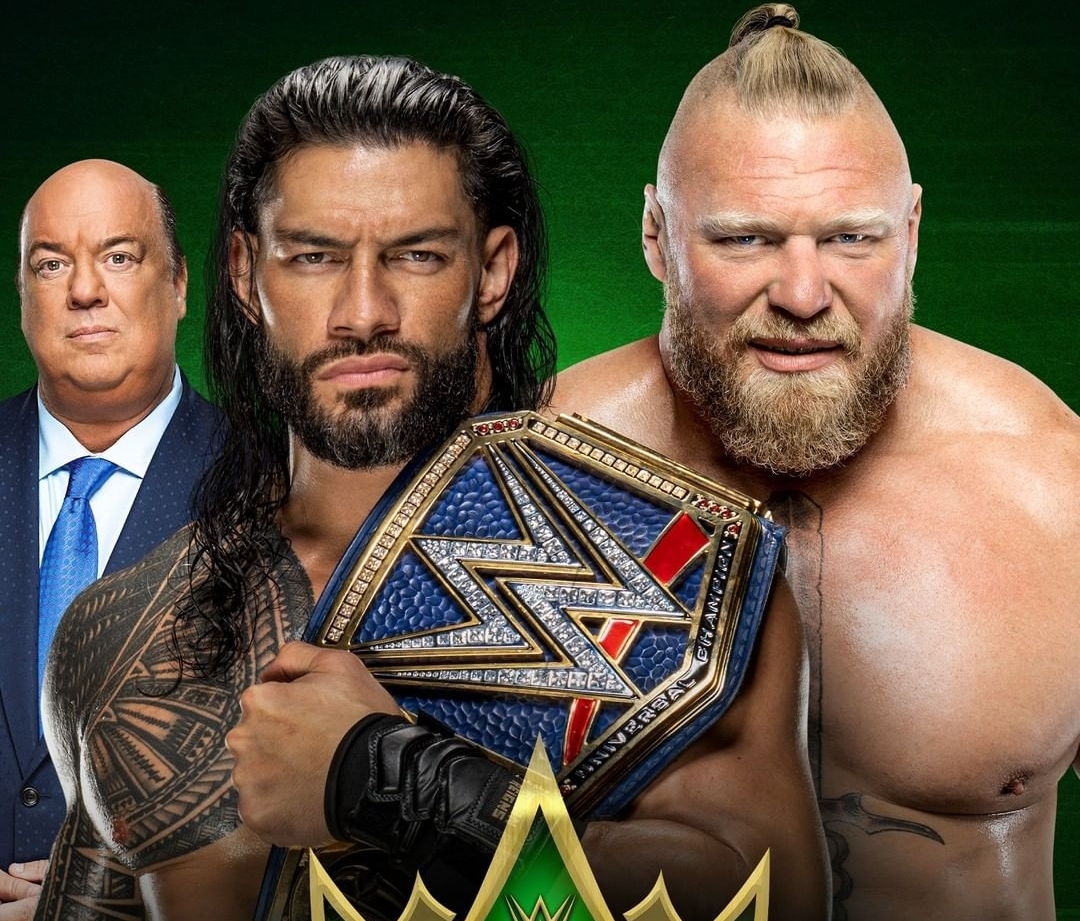 It’s official, The Head of the Table will defend the WWE Universal Championship against the Beast Incarnate at Crown Jewel pay-per-view event next month October 21st.

Roman Reigns is one of most dominant Champion on the blue brand and his outstanding in-ring performance has placed him in an island of relevancy. He has survived many odds to retain his Universal Championship. The Tribal Chief has defeated high profile WWE superstars such as Edge, Mysterio, Daniel Bryan, Finn Balor, Cesaro and so on to retain his Title.

The presence of Brock Lesnar on the blue brand and his focus on the Universal Title is an enormous threat to the Tribal Cheif. Recall that Brock returned to WWE at SummerSlam and shocked the whole WWE Universe, his return also placed huge fear on the heart of Roman Reigns through his facial expressions and Paul Heyman was not excluded from the shock.

Last week on SmackDown, Brock appeared and made his presence well felt. The beast incarnate tried to hit Paul Heyman with an F-5 but his plan failed as Roman Reigns and The Usos quickly came to Heyman’s rescue. However, Brock was able to put out the Usos and Roman Reigns to stand tall in the ring.

It has now been officially announced that Roman Reigns will defend the Universal Championship against Brock Lesnar at Crown Jewel pay-per-view event coming up on October 21st.

However, Brock versus Roman is still a compelling storyline and it’s going to be a very competitive match especially during this period that the Tribal Chief has successfully wrecked every superstars that steped into his path for the Universal Championship.

What do you think the turn out of Roman Reigns versus Brock Lesnar will be at Crown Jewel? We will be glad to see your thoughts in the comment section.