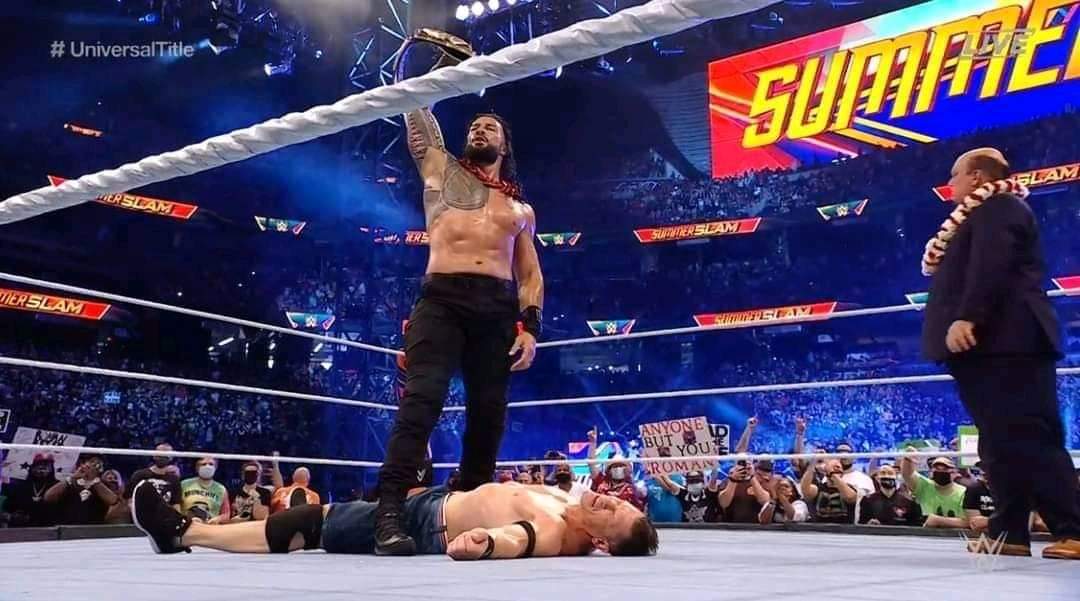 The Head of the Table, Roman Reigns has fulfilled his words by single-handedly brutalizing and defeating the 16-time WWE Champion John Cena at SummerSlam to retain the Universal Championship.

The match kicked with huge momentum from both competitor and Roman Reigns took control of the match at the early moment.

John Cena eventually fired up and started fighting back, he connected Reigns with an Attitude Adjustment inside the ring and covered him for 2 counts. Cena also trapped Reigns with his submission move but The Tribal Chief survived it.

The match continued and Cena connected Reigns with another Attitude Adjustment through the annouce table at the ringside and quickly dragged him into the ring for 2 and half counts.

Reigns fired up and hit Cena with Superman punches, but Cena survived it. Cena caught Reigns with another Attitude Adjustment from the top turnbuckle and covered him for 2 and half counts.

The match continued and both men started exchanging punches untill Reigns overcame him with 2 Superman punches and a devastating spear to win the match and retain his Universal Title.

Immediately after the match ended, Brock Lesnar music hits the air and he came face to face with Roman Reigns before the Tribal Cheif walked out of the arena alongside with his special counsel Paul Heyman.