Nia Jax appreciates Reginald and takes him on a Shopping Spree 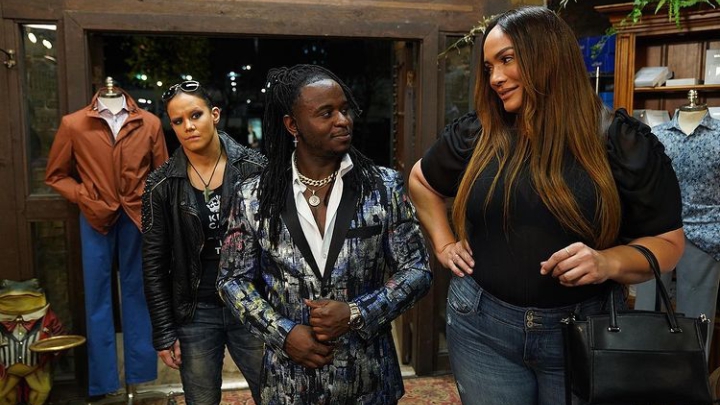 One of the current Women’s Tag Team Champions ‘Nia Jax’ has extended her love towards Reginald by taking him on a shopping spree to get luxury wears.

Reginald is a former acrobat at CIRCQUE DU SOLEIL and he was signed to NXT last year. His first SmackDown in-ring debute was with Sasha Banks and the match was a very hilarious one as the legit boss made him tap out with the bank statement to secure the victory.

Reginald was first introduced to the whole WWE universe as Carmella’s sommelier and after losing the match against Sasha Banks in his first SmackDown in-ring debut, he has been forcing friendship with Shasha Banks and Bianca Belair and constantly running their matches.

Sasha Banks hit him with a heavy slap last two weeks on SmackDown to finally break their friendship after he caused a distraction that made Nia Jax attacked Sasha Banks from behind during the match between Shanya Baszler and Bianca Belair.

In the last SmackDown, a video clip was played and it revealed Nia Jax taking Reginald on a shopping spree to get him luxury suits and it was indeed an emotional and fantastic moments although shanya Baszler was not to happy about it from her facial expression. After the video went off the air Bianca battled Shanya Baszler in a one-on-one match and loss to Baszler by the aid of the distraction caused by Reginald.

See the pictures from the shopping spree for Reginald below;

Do not miss out next week’s SmackDown on Fox by 8/7C inside the WWE thunderdome at Tropicana field.