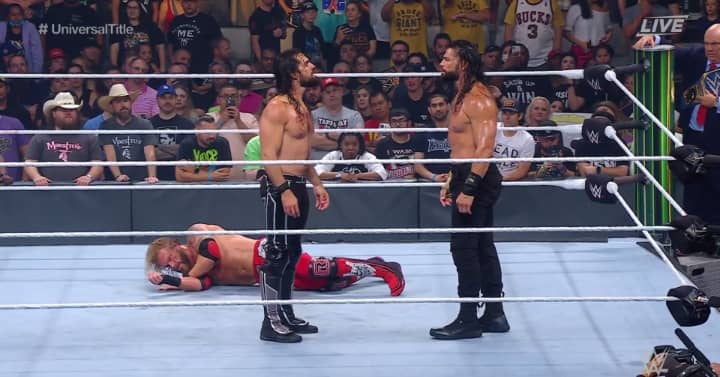 The Head of the Table has fulfilled his vows by defeating The Most Rated-R Superstar to retain the Universal Championship at Money in the Bank pay-per-view.

Edge believed that Daniel Bryan stole his spotlight at WrestleMania 37 stating that he was supposed to have a single match against Roman Reigns since he was the winner of the 2021 Royal Rumble Match.

Edge eventually earned the opportunity match against Roman Reigns for the Universal Championship and the match happened last night at Money in the Bank pay-per-view event.

Edge held Reigns with the facelock using the metal strip from the steel chair but it wasn’t enough to take out The Tribal Cheif. Reigns also captured him with the Guillotine but Edge survived it.

The Usos hit the ring to help Roman Reigns but The Mysterios prevented them and they all fought out of the arena. Seth Rollins also intervened into the match by attacking Edge which eventually paved the way for Reigns to spear him and stood tall as the winner of the match.