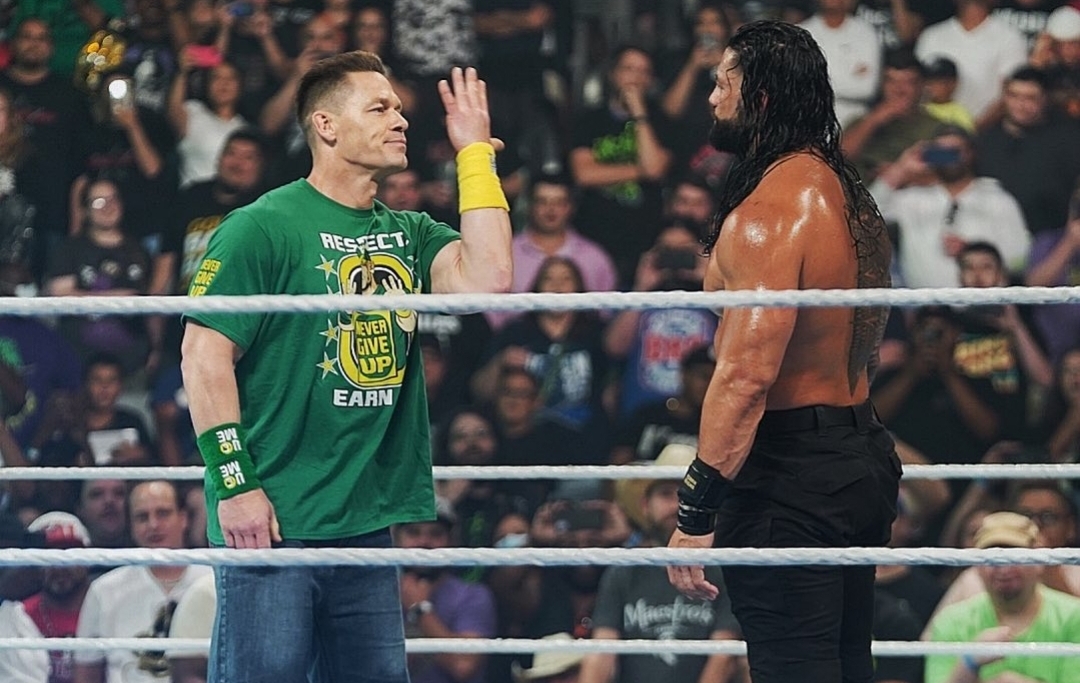 The 16-Time WWE Champion, John Cena has finally returned to WWE after years of absence on their TV shows. His return to WWE after the Universal Championship match has brought many questions to the mind of the WWE Universe as regard if he would be heading to Raw or SmackDown. John cena has answered the burning question and he clearly stated after Money in the Bank that he would be featuring on the Red Brand.

The 2021 Money in the Bank pay-per-view was an outstanding event, and it was also accompanied with change in Title Holders. Big E and Nicki A.S.H winning the Money in the Bank ladder match came as a big surprise to the WWE Universe as it was absolutely a spoiler.

Johncena eventually made his return to WWE immediately after the Universal Championship match between Roman Reigns and Edge came to an end. After the match, seth Rollins hits the ring to continue his attack on Edge, but he was being overpowered by The Most Rated-R Superstar and they both fought out of the arena.

Roman Reigns grabbed the mic and declared that the world would continue to acknowledge him. He continued his talks until Johncena music hits the air and interupted him. Johncena made his way into the ring thereafter and stood right in the front of Reigns and displayed the “You Can’t See Me sign” to end Money in the Bank.