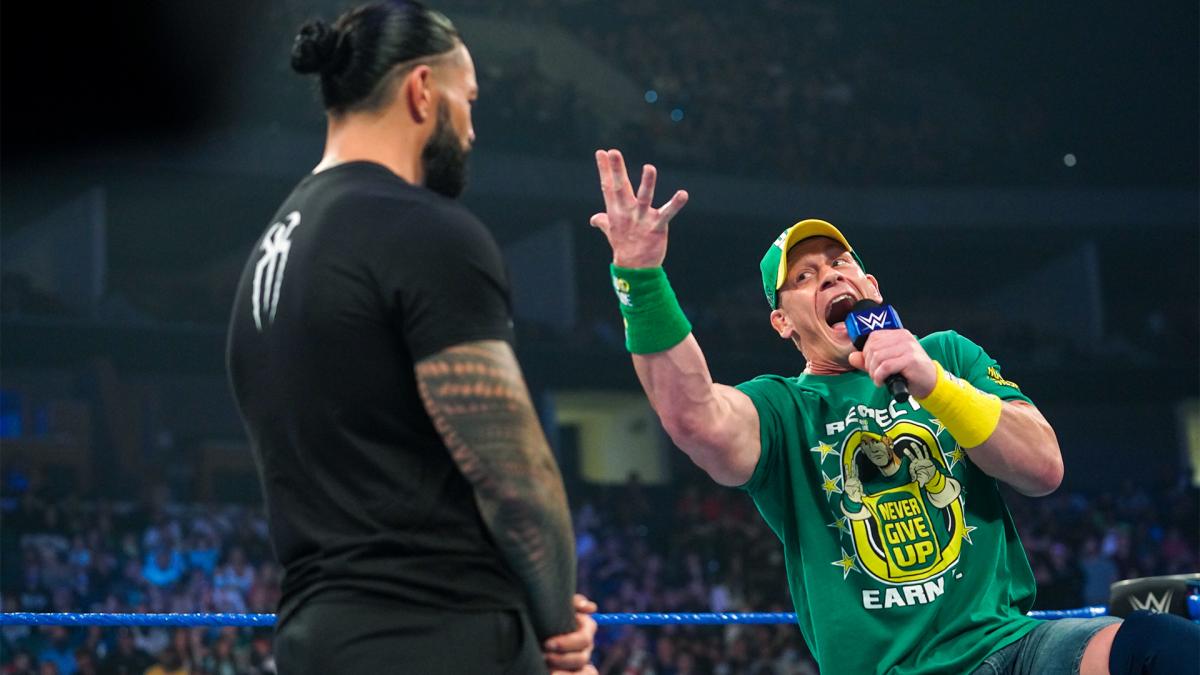 SmackDown kicked off at exactly 8/7c in Tulsa, Oklahoma. John Cena kicked off the show and he made his way into the ring in an energetic manner.

The clip of the Universal Championship Match Contract signing where John Cena hijacked the contract from Baron corbin and Finn Balor was shown to the WWE Universe.

John Cena labeled Roman Reigns as a huge disappointment and he accused him of being sold in WWE in the past 10 years of his career. Cena then asked the WWE fans in Oklahoma if Roman Reigns would defeat him at SummerSlam and they chanted No.

Cena then made it clear that Roman Reigns would beat the hell out of him at SummerSlam but he would loose the match. Cena continued his promo untill he was being interupted by the Tribal Cheif.

Roman Reigns music kicked off and he stood at the entrance alongside with his special counsel Paul Heyman untill SmackDown goes to a commercial break.

Back from the commercial break, Roman Reigns made his way into ring with Paul Heyman by his side. John Cena revealed Roman Reigns has been overprotected by WWE and that he has come to put an end to the arroggancy of the Tribal Cheif. Cena then made it clear in his statement that it will only cost him 1-2-3 counts to shut Reigns and become the most decorated Champion in WWE when he becomes 17-time heavyweight Champion.

Roman Reigns took the mic from Paul Heyman and gave good credits to John Cena for his achievement both in WWE and Hollywood. He then said that Cena is good at winning the WWE Championship and not the Universal Championship. Roman Reigns then vowed to defeat Cena at SummerSlam and send him back to Hollywood.

John Cena continued his promo and said that Roman Reigns has been given more opportunity than every other Superstars in the company for over a decade. Cena accused the Tribal Chief of running Dean Ambrose out of WWE and jeopardizing Seth Rollins career. John Cena then ended his promo by making it clear that all he needs to shut Roman Reigns is 1-2-3 counts.

Do you think John Cena will defeat Roman Reigns and take his Title at SummerSlam? Share your opinion with us at the comment section.