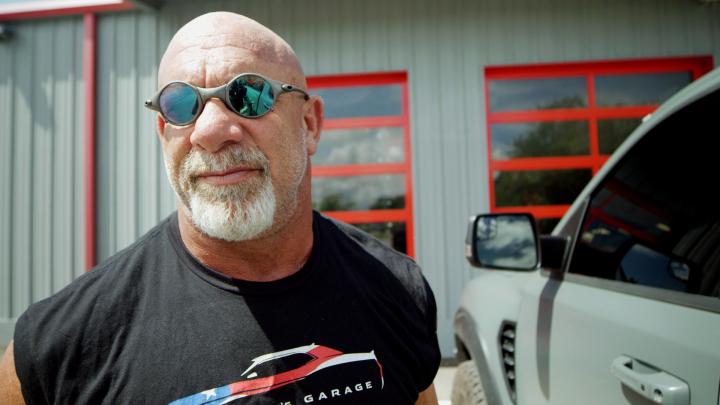 The iconic Hall of Famer Goldberg has furiously vowed to destroy Bobby Lashley and rip his soul from his chest whenever they clash again in the ring.

Recall that Goldberg and Bobby Lashley had a dirty and brutal brawl last month at SummerSlam where Bobby Lashley defeated him when MVP intervened in the match. Goldberg’s son, Gage attacked Lashley from behind after the match ended, but The All Mighty WWE Champion held him dangling in an agony of Hurt Lock.

In a video shared by WWE via their official social media page, Goldberg revealed that he sustained a ligament injury when he clashed with Lashley at SummerSlam, he also added that he would undergo a knee surgery soon. Goldberg also provided an update about his son’s health that his arm are all jarked up.

Goldberg then made it clear that his objective right now is not for Lashley’s WWE Championship. He then declared a war on Lashely and vowed to decimate him brutally and rip his soul completely from his chest.

WWE is likely to book a rematch between Lashley and Goldberg, but this time, it is not for the WWE Championship. The rematch may be held at the next pay-per-view event or at Survival Series, and it will be fascinating to see Goldberg take a revenge on the All Mighty WWE Champion.