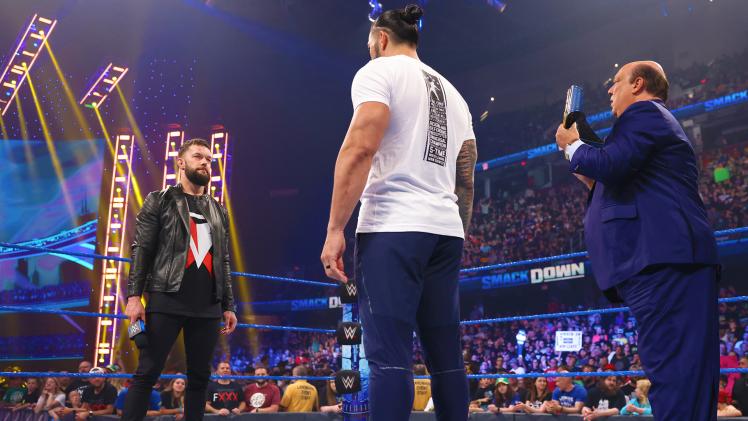 Last night on SmackDown, John Cena appeared as he has promised and he talked about getting the job done by defeating Roman Reigns at SummerSlam and taking the Universal Championship from him. He also teased the Universal Champion to come out and accept his challenge but Paul Heyman showed up instead.

Paul Heyman stood at the entrance and said that John Cena got it all wrong. He then concluded his statement by saying that John Cena would get an answer to his challenge from Roman Reigns before SmackDown comes to end.

Roman Reigns and Paul hits the ring before SmackDown came to an end and The Tribal addressed John Cena. Reigns talked about how John Cena acknowledged him at SummerSlam, Raw and SmackDown. The Tribal Chief then said that he wanted to acknowledge John Cena but Hollywood fooled him.

Roman Reigns added that he thought Hollywood would have put a new page on John Cena but the answer is no. He said John Cena still has the same theme song, promo and gimmick. The Tribal Chief then concluded his speech by declining John Cena’s challenge.

Therefore at SummerSlam pay-per-view, Roman Reigns will defend the Universal Championship against Fin Balor in a one-on-one match unless we see John Cena joining the match to make it a Triple Threat.