Everything you Need to Know about SmackDown Tonight on Fox 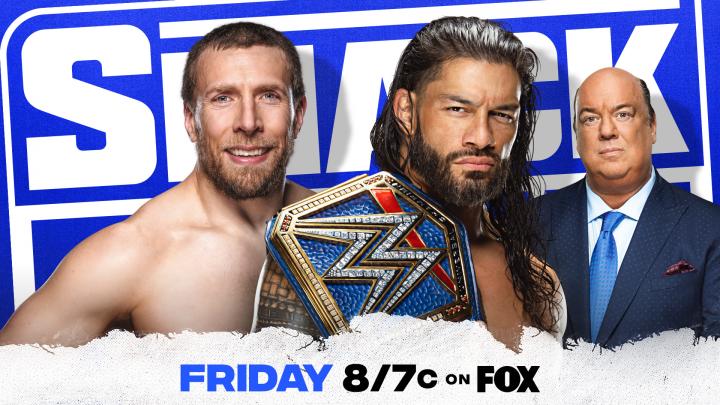 Tonight’s SmackDown will kick-off by 8/7C on Fox inside the WWE Thunderdome at St Petersburg, Tropicana field, Florida.

The following are the events that have been confirmed by WWE to take place on SmackDown tonight on Fox:

The Universal Champion ‘Roman Reigns’ and Daniel Bryan will be meeting face-to-face tonight on SmackDown to officially sign the contract for their Universal title match at WWE Fastlane.

Therefore, tonight on SmackDown Roman Reigns and Daniel Bryan will be signing the Universal title match contract to make their match official at Fastlane.

Ever since Bianca Belair declared Sasha banks as her main event opponent at WrestleMania there has been a lot of tensions and controversies among the WWE universe. Sasha Banks and Bianca Belair have been entangling together exhibiting some kind of chemistry as friends and they will be be teaming up against Nia Jax and Shanya Baszler for the WWE Women’s Tag Team Championship at Fastlane.

Therefore tonight on SmackDown Kevin Owens will host the KO show and welcome Sasha Banks and Bianca Belair as his special guest.

3. The Intercontinental Champion ‘Biggie’ will return to SmackDown

The WWE Intercontinental Champion ‘Biggie’ will be returning to SmackDown tonight after weeks of absence on the show. Biggie was feared to have suffered severe injury last month following brutal attack from Apollo Crews and since then he has been absent from the show.

How will The Powerhouse of Positivity respond to @WWEApollo?https://t.co/2JzhNRq476 pic.twitter.com/gFKedEvKLx

The rivalry between Biggie and Apollo Crews started last month when Apollo demanded the Intercontinental title rematch from Biggie and Biggie refused to grant him the rematch. This brought out the frustration and anger in Apollo Crews and he ended up assaulting Biggie with a steel step to get him broken and decimated. Last week on SmackDown Apollo Crews made his ambitions cleared to the WWE Universe and officially demanded the Intercontinental title rematch again from Biggie to end his speech.

Therefore, Biggie will be returning to SmackDown tonight to address Apollo and also talk about his absence on the show.