Everything that will Take Place Tonight on RAW (May 31) 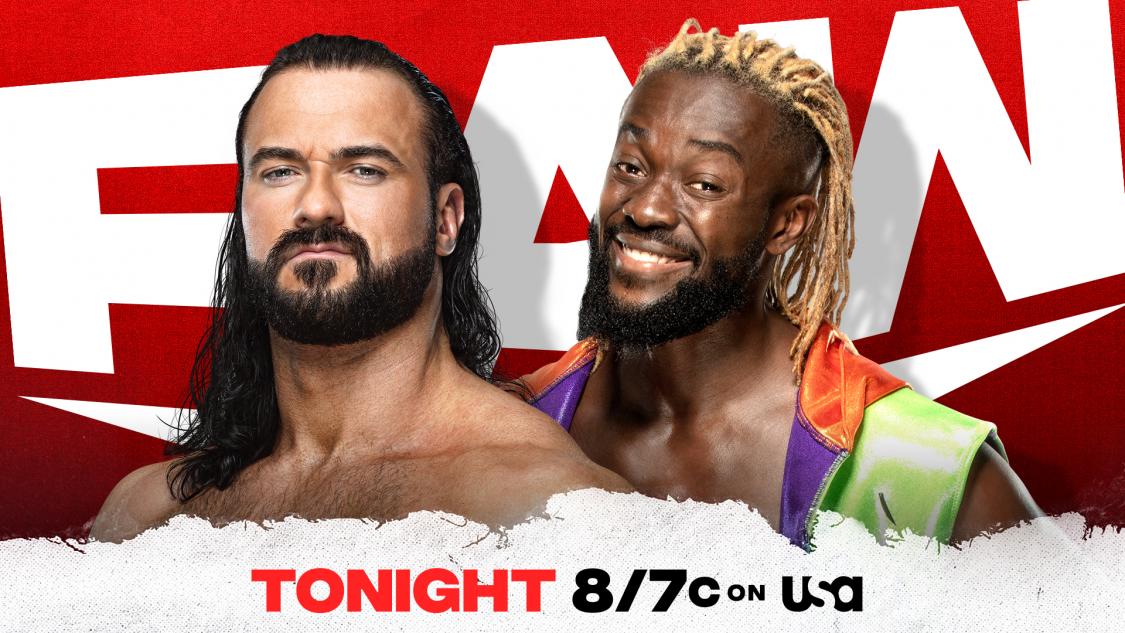 Tonight RAW will kick off at exactly 8/7 C on USA Network and it will broadcast live inside the WWE thunderdome at USF’s Yuengling Center at Tampa Florida.

The following are the annouced matches as well as other events for tonight’s Monday Night RAW:

Drew McIntyre will go one-on-one with Kofi Kingston tonight on RAW and whoever that wins will secure the WWE Championship opportunity match against Bobby Lashley at Hell in a Cell.

Recall that MycIntyre and Kofi clashed in the ring last week on RAW with the stipulation that the winner would face Lashley for his Title at Hell in a Cell. The match was eventually cancelled when Lashley and MVP attacked Kofi and MycIntyre, and the rematch has been scheduled to take place tonight on RAW.

The whole storyline started when WWE tagged Randy, Riddle & The New Day against AJ Styles, Omos, Elias Samson & Jaxson Ryker few weeks ago on RAW. The match happened and Randy Orton’s team stood tall as the winner. Kofi and Woods tried to embrace Orton after the match but all they got was a RKO from the Viper.

Riddle tried to settle the fued between Orton and The New Day the following RAW by persuading Orton to apologise to them but his efforts was futile. Kofi then challenged Randy Orton to a match that night and he defeated Orton when Xavier Woods caused a distraction.

Therefore, tonight on RAW, Randy will look to take revenge by squaring off with Xavier Woods in a single match.

The only relevance that Reginald has been portraying on RAW and SmackDown is “Distraction”. When Reginald was in the Blue brand, he constantly ruined Sasha Banks and Bianca Belair matches. Infact, he cost Bianca and Banks their victory when they clashed with Nia Jax and Shayna Bazsler for the Women’s Tag Team Championship.

Last week on RAW, Shanya warned Reginald not to come to the ringside during their Title Match against Tamina and Natalya. Reginald turned the deaf ear to Shayna and came to the ringside to cause a distraction that ruined Bazsler and Nia Jax match.

Shanya Bazsler grabbed Reginald after the match, intimidated him and challenged him to a match which will take place today on Monday Night RAW.

Tonight’s on RAW, Elias and Jaxson will team against AJ Styles and Omos in an attempt to dethrone them of the RAW Tag Team Championship.

5. The Miz and John Morrison will host Charlotte Flair and Rhea Ripley on Miz

Catch up all this hot matches tonight on Monday Night RAW at exactly 8/7 C on USA Network.