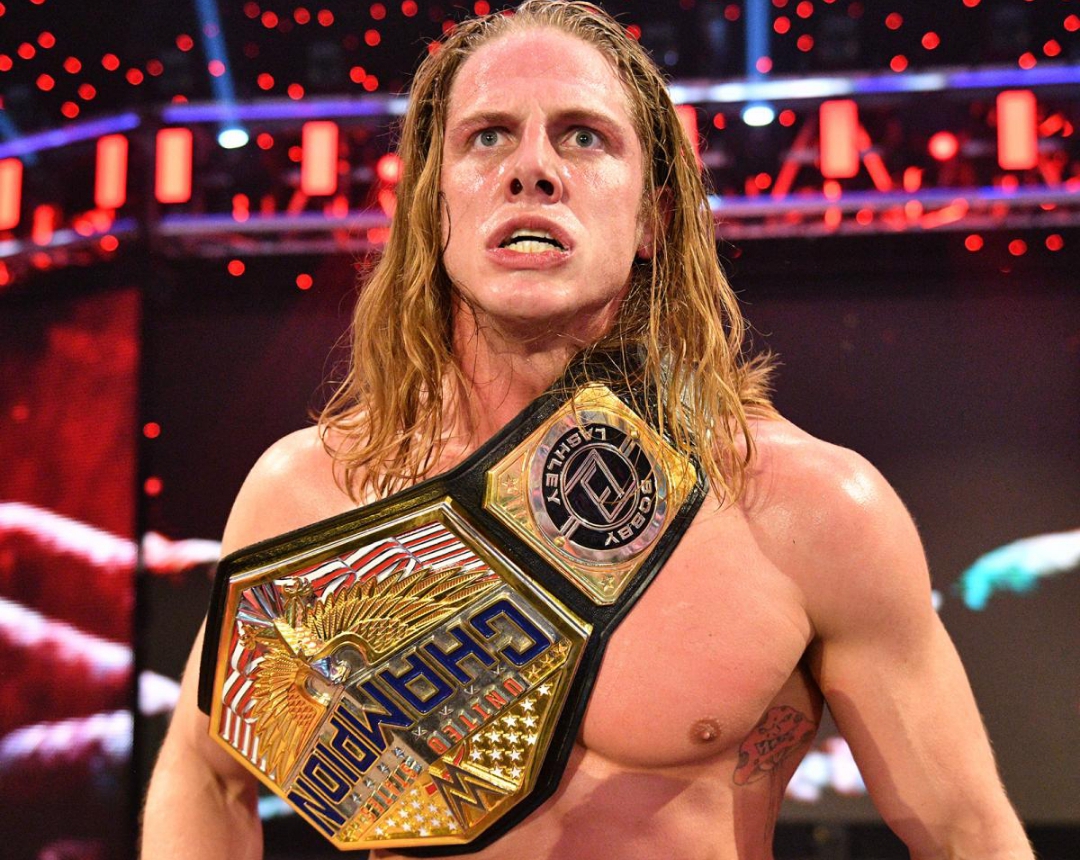 Recall that Riddle has been making incredible move to get the United States title shot in the Red Brand and his request was granted 4 weeks ago after he defeated the Hurt Business in a Gauntlet match. The WWE authorities, however, announced that Bobby lashley will defend the United States title in a Triple Threat match against Keith Lee and Riddle at Elimination Chamber and this was a match that the entire WWE universe was anticipating to watch.

Keith Lee was declared medically unfit to compete in the ring and this made WWE to replace him with John Morrison after Morrison won the Fatal 4-way qualifying match against Elias Samson, Mustafa Ali and Richochet at the early hour of the Elimination Chamber for the United States Championship.

The Triple Threat match between Bobby lashley, Riddle and John Morrison started with so much energy and Bobby was taking control of the match as MVP watches from the ringside using his crutch to support his movement.

The match continues and Bobby lashley was filled with so much energy as he brutalises both Morrison and Riddle. The match eventually ended as Riddle uses MVP’s crutch to shove out Bobby lashley from the ring and connected Morrison with BRO Derek finisher to secure the win and become the New WWE United States Champion.