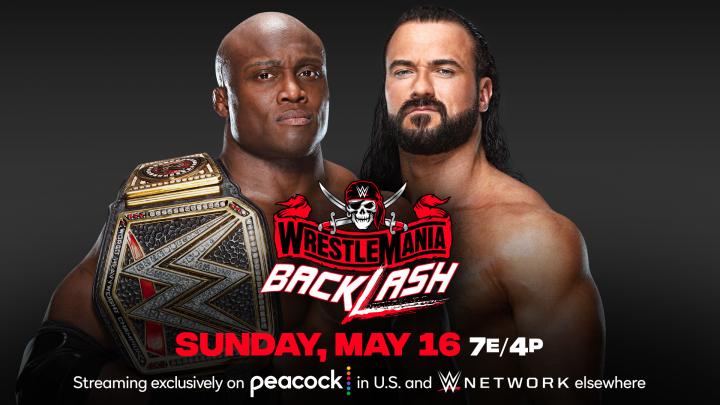 It is official and Bobby lashley will defend his WWE Championship against the Scottish Warrior ‘Drew MycIntyre’ at WrestleMania Backlash pay-per-view next month (May 16).

This week on Monday Night Raw Drew McIntyre admitted that he made a mistake by allowing MVP to distract him at WrestleMania and losing to Bobby Lashley. He however, demanded a rematch from Bobby Lashley but Randy Orton and Braun strowman hits the ring for the WWE Tittle shot.

The WWE official Adam Pearce then came out and announced a Triple Threat Match between Drew MycIntyre, Randy Orton and Braun Strowman at the main event of RAW with the condition that the winner of the match will earn the WWE Championship match against Bobby Lashley at WrestleMania. The match started with intense brawl and physicality between the 3 wrestlers and ended in Drew MycIntyre standing tall as the winner of the match.

Watch the video of the match between Drew MycIntyre, Randy Orton and Braun Strowman below;

Therefore at WrestleMania Backlash next month May 16, Drew MycIntyre will challenge Bobby lashley for the WWE Championship.

WrestleMania Backlash will kick off next month May 16 by 7E/4PT inside the WWE thunderdome at Yuengling Centre in Tampa Florida. You can stream it live on Peacock TV if you are within the United States and WWE Network elsewhere.