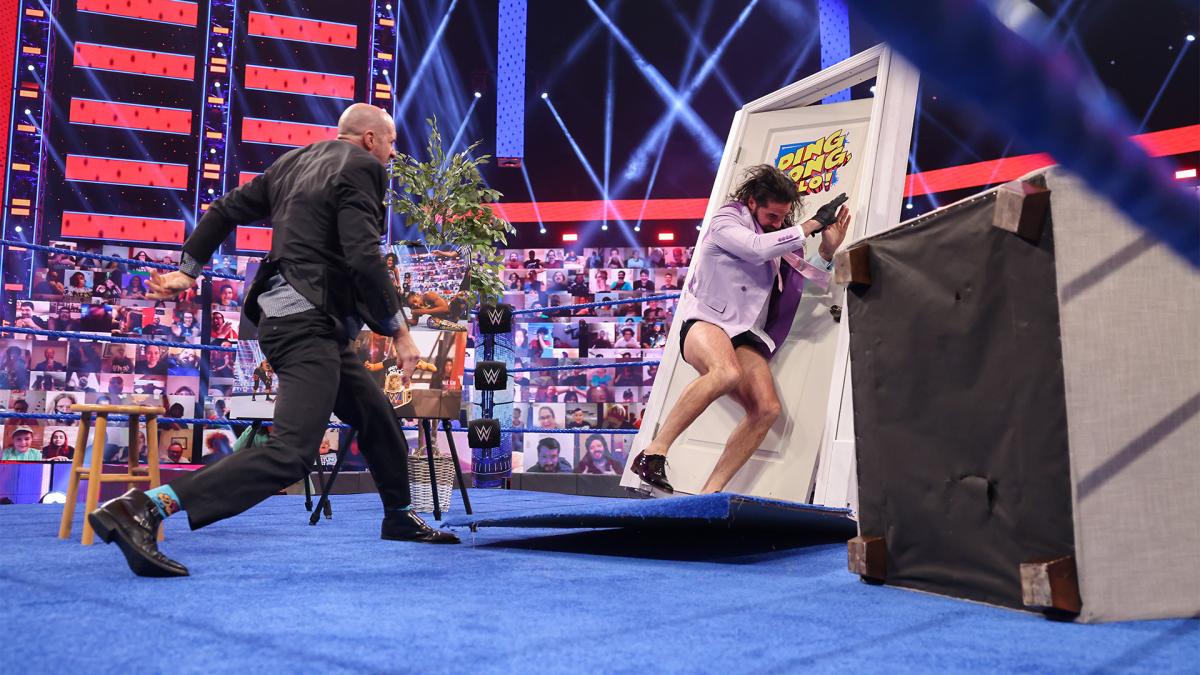 Last night SmackDown was an absolute payback for the Swiss Superman as he returned to the show to decimate his greatest rival Seth Rolins, and ripped his pants in the process.

Friday night SmackDown featured Bayley hosting the Ding Dong Hello show and she welcomed Seth Rollins into the show as her special guest. During the show, Bayley and Rollins mocked Cesaro by showing the clip where Rollins wrecked him on SmackDown to the WWE Universe. This was a very hilarious moment that left Rollins and Bayley laughing so hard until Cesaro suddenly appeared on the show.

The excitement moment on Ding Dong Hello Show turned tragedy for Seth Rollins as Cesaro appeared on the show and wrecked him. Cesaro surprisingly showed up on the show and hits the doorbell button, Rollins stood up from his seat to get the door, unknowing to him that Cesaro was at the door.

Since the fued between Seth Rollins and Cesaro appears to be unending, then there are speculations that they would probably have a match to settle their rivalry at Hell in a Cell and that would be a very anticipating match.

Do not miss any segment from next week’s SmackDown as it kicks off at exactly 8/7 C on Fox.