Bobby Lashley dares Batista to come for his Title 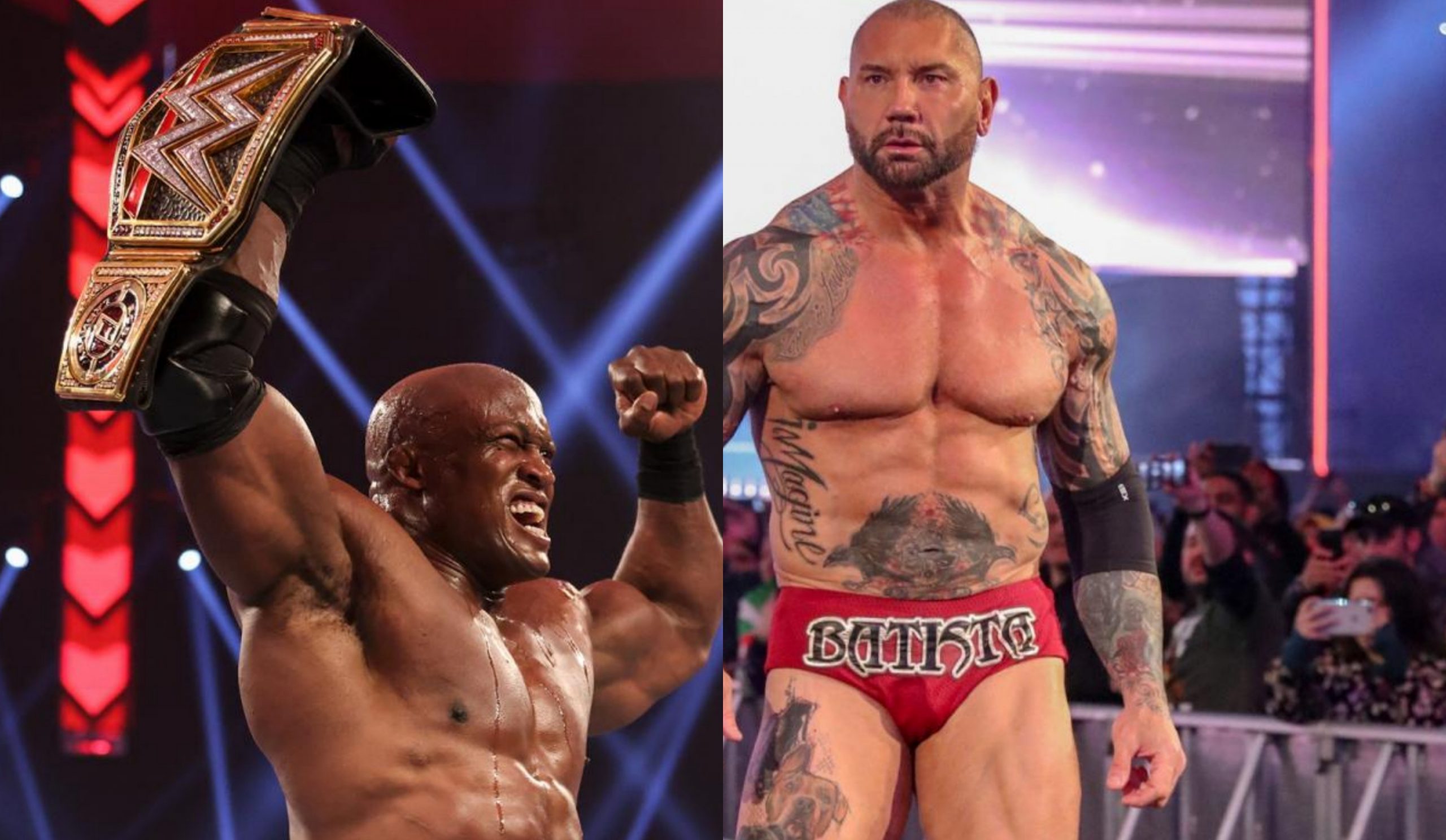 Bobby Lashley has taken social media to dare the former WWE wrestler ‘Bastista’ to challenge him for the WWE Championship.

In a post Lashley shared on his official instagram page, he was seen hanging out with Batista and even congratulated him on his success, then he offered Bastista the WWE Championship opportunity match if he ever wants to return to WWE.

Batista is a highly aggressive and dangerous wrestler, the last time he appeared in WWE was during his match against Triple H at WrestleMania 35. Their match was a very brutal one as Triple H ripped out the nose ring of Bastista with a plier. The match eventually ended in Triple H standing tall as the winner with an assist from Ric Flair.

Lashley is not just a dominant Champion, he is tough, strong and dangerous. The All Mighty WWE Champion ‘Bobby Lashley’ is known for wrecking and victimizing whoever that crosses his path ever since he won the Title and no one is exempted from the list.

Bobby Lashley will defend the WWE Championship once again in a Triple Threat Match against Braun Strowman and Drew McIntyre at WrestleMania Backlash and if he retains the Title, then there are possiblities that Batista will come for him.

Make sure you stick to WrestlingGist to follow the concluding story for this gist.