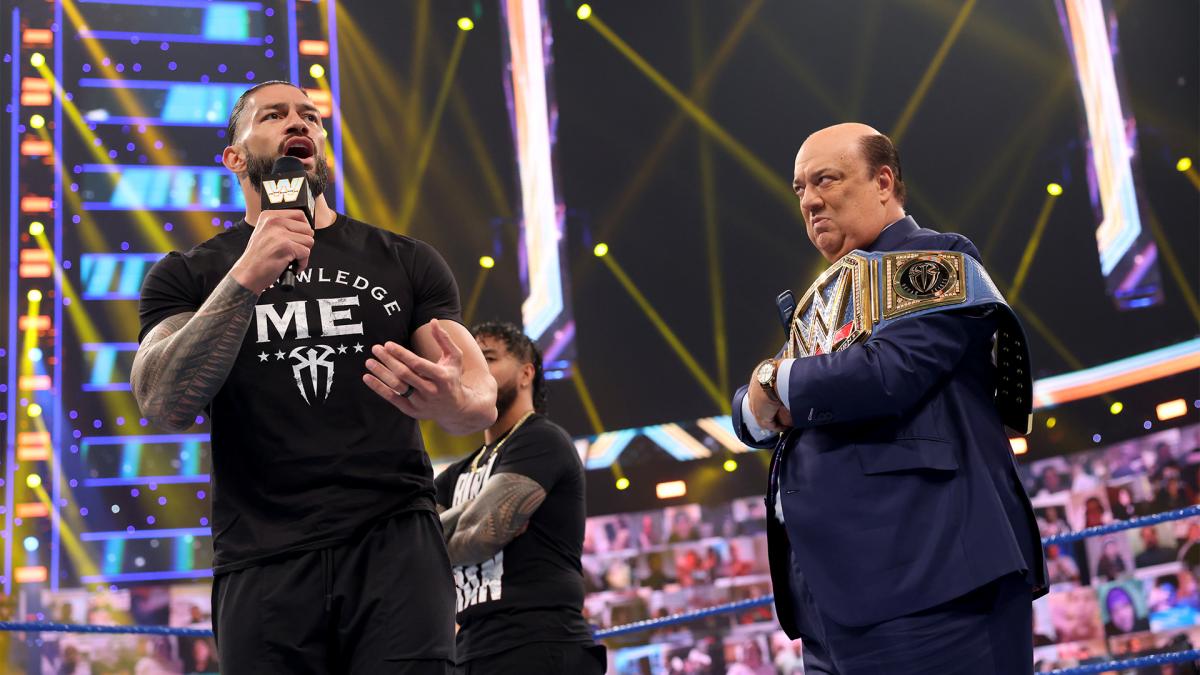 The Head of the Table has proven beyond all reasonable doubt that he is a fighting and dominant Champion in the Blue Brand. Roman Reigns is agile, strong, tough and known for victimizing his challengers to retain his Title.

Roman Reigns cousin ‘Jey Uso’ has been giving him an assist for several months now and this has made the Tribal Cheif to retain the Universal Championship for a longer period of time. If care is not taken, the Head of the Table may supercede Brock lesnar to become the longest reigning Universal Champion in the history of WWE.

Below are the 5 wrestlers that may come for Roman Reigns, defeat him and take the Universal Championship from him.

Cesaro is one of the hard-working wrestlers in WWE, he was signed into the company in 2011 and he has held the United States Championship and Tag Team Championship.

The last SmackDown was the first time that Cesaro got the Universal/WWE Championship opportunity match since 10 year that he has been in the company.

Roman Reigns is a guy that is good at wrecking his opponent dream of becoming a Champion. He is not that kind of wrestler that can easily be defeated in the ring. Therefore, Cesaro will have to put more effort and stay more focused before he can defeat Roman Reigns and take the Title from him.

Jimmy Uso returned to SmackDown last week and Roman Reigns anchored his return. Jimmy reprimanded Reigns not to talk to him the way he adresses Jey Uso. Jimmy clearly stated that he is nobody’s bitch before he angrily walked out on Roman Reigns at backstage.

Jimmy Uso never waited for 2 to 3 weeks before he made his intensions known to Roman Reigns. In fact, Jimmy reminded the WWE Universe about how Roman Reigns brutally made him acknowledge him as the Tribal Cheif last year at Hell in the Cell.

It is important to note that, Jimmy Uso and Roman Reigns still have unfinished business to take care of and there are high chances that Jimmy will definitely challenge Roman Reigns in the future for the WWE Championship.

What if Jimmy Uso challenges Roman Reigns for the Universal Championship where will Jey Uso stand?

I am pretty sure that this question might have been burning in you, but it is crucial to let you know that Jey will be at his brother’s side and support him until he defeats Roman Reigns and become the new Universal Champion. This is not a prediction, it is a spoiler.

Seth Rollins has focused more on Cesaro since he made his return to SmackDown and he is not willing to end the fiend with him soon. In fact, he clashed with Cesaro in a single match in the last SmackDown but he lost the battle when Jimmy Uso intervened in the match.

The beast incarnate has been absent in WWE since his last match at WrestleMania 36 where he was defeated by Drew MycIntyre for the WWE Championship.

There are huge possibilities that Brock Lesnar might return in the future and challenge Roman for the Universal Championship. Although according to Paul Heyman during his interview with DANS, he revealed that Brock Lesnar is not ready to face Roman Reigns again and that if he wanted to do so then it would have happened in the past.

Taking a deep look at Paul Heyman’s statement, Brock Lesnar never told him directly that he is not interested in Roman Reigns Championship but Heyman only assumed that if Brock Lesnar wanted Roman Reigns then he would have come for him in the past.

Therefore in our conclusion we say that , Brock Lesnar may return in the future and challenge Roman Reigns if he still got the Universal Championship.

The most Rated-R superstar ‘Edge’ is one of the best wrestlers that WWE has ever produced. He is very good at what he does in the ring and he is the master opportunist. Edge participated in the 2021 Royal Rumble and emerged as the winner.

The initial match card for the Universal Championship at the main event of WrestleMania 37 was Roman Reigns versus Edge but Daniel Bryan ruined everything for Edge when he forced himself into the match thereby making it a Triple Threat match.