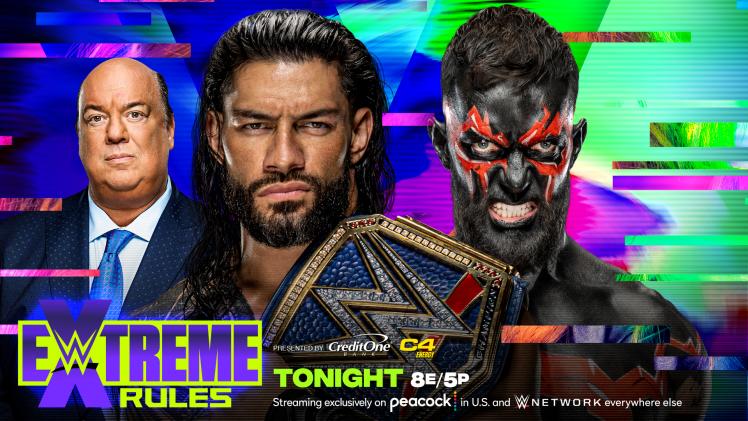 Extreme Rules pay-per-view event is one of the most anticipated events in WWE and this year’s is of no exception. This pay-per-view event will cover Championship matches in both the Red and Blue Brand and it will also feature other non-title matches.

Below are the matches that have been announced and confirmed by WWE to take place in this year’s Extreme Rules pay-per-view event scheduled to come up on the 26th of September at Nationwide Arena in Columbus Ohio.

The Man returned to WWE at SummerSlam after a year of absence on WWE TV shows, and her return was iconic and magnificent as she challenged and defeated Bianca Belair to claim the WWE SmackDown Women’s Championship. This sparked mixed reactions among the WWE Universe, and The Man was absolutely not sorry for her actions at SummerSlam.

On the 27th of September episode of SmackDown, Bianca stepped up to Becky and challenged her for a rematch but Becky declined her challenge. Bianca’s dream of recapturing the SmackDown Women’s Title eventually took a step last week on SmackDown as The WWE Officials Adam Pearce and Sonya Deville said it to Becky Lynch that she would be defending her Title against Bianca Belair at Extreme Rules.

2. Damian Priest (c) vs. Sheamus for the United States Championship.

Damian Priest made an history at The Biggest Party of the Summer when he defeated Sheamus and captured the United States Championship from him. Priest also proved to be a fighting Champion last week on Raw when he successfully defended his Title against Drew MycIntyre and Sheamus in a Triple Threat Match on Raw.

On this week episode of Raw, Drew Mycintre took on Sheamus with the stipulation that the winner of the match will challenge Damian Priest for the United States Championship. The match eventually ended as The Celtic Warrior defeated The Scottish Warrior to earn the match against Priest at Extreme Rules.

The Queen Charlotte Flair broke an historic record at SummerSlam when she defeated Nicki A.s.h and Rhea Ripley to become 12-time Women’s Champion. Her victory also placed her on the spotlight of relevancy and she remains The Opportunity. The Goddess of WWE Alexa Bliss now has her eyes on Charlotte’s Raw Women’s Championship and the match has been made official to take place at Extreme Rules pay-per-view event.

Other match card for WWE Extreme Rules pay-per-view event include:

Find out who will win these compelling matches and more on the 26th of September at WWE Extreme Rules pay-per-view event. It will be available for live streaming on Peacock within the United States and on WWE Network everywhere else in the world.