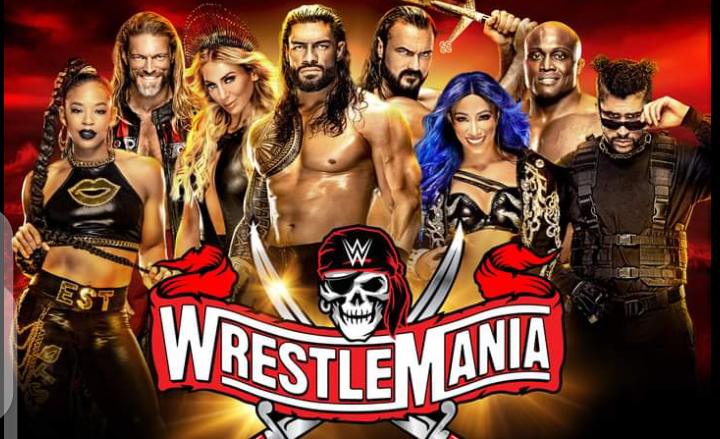 WrestleMania is the biggest pay-per-view event in WWE and every wrestlers always want to feature in the events but it takes a lot of hardwork and dedications, focus before they can make it to WrestleMania.

This year’s WrestleMania will kick off in two nights Saturday, April 10 and Sunday, April 11, 2021 at Raymond James Stadium in Tampa Florida. The kickoff time is 8 p.m. ET/ 5 p.m and can be streamed live on Peacock within the United States and WWE Network elsewhere. The tickets for WrestleMania are already on sales and you can get yours here.

Hulk Hogan and Titus Oniel will host the two nights of WrestleMania 37 and the event will feature series of Championship matches and other non-tittle matches so as to make the event a fabulous and fascinating one.

The Royal Rumble winner ‘Edge and Bianca Belair’ and their opponent at WrestleMania are the ones that will feature in the Main Event.

The following are the matches that have been announced and confirmed by WWE to place in this year’s WrestleMania;

The first night (April 10) of WrestleMania will feature these matches:

The confirmed match cards for the second night 2 (April 11) of WrestleMania include: