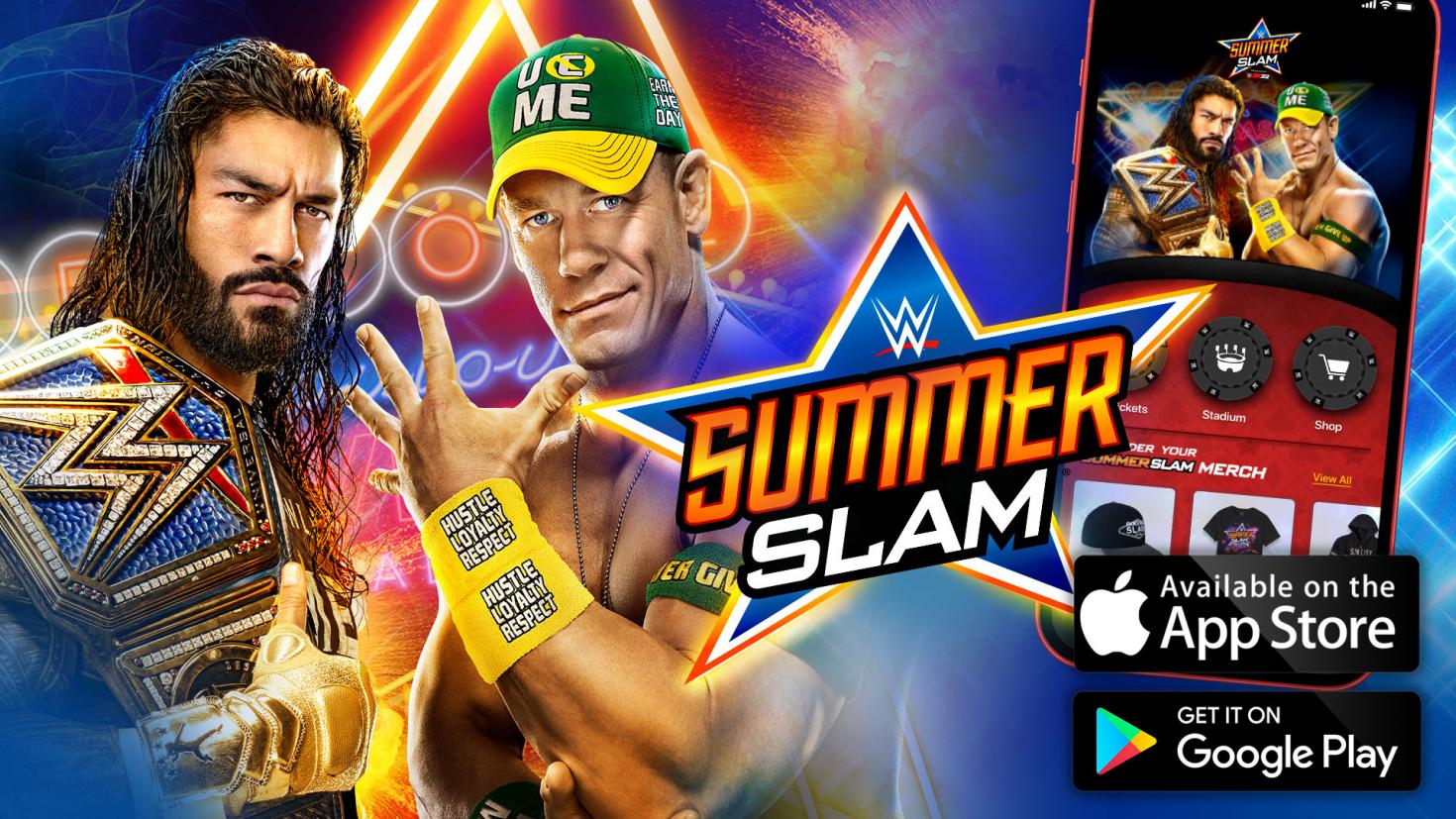 SummerSlam is one the most prestigious pay-per-view events in WWE that is accompanied with anticipating matches and surprising return of pre-eminent WWE superstars. This year’s WWE SummerSlam will kick off on the 21st of August at exactly 8/7 C in Las Vegas, Nevada.

Below are the confirmed match card for the 2021 WWE SummerSlam pay-per-view event.

1. Roman Reigns (c) vs. John Cena for the Universal Championship

The Tribal Chief has been a dominant and fighting since he won the Universal Championship, infact he is the only superstar that never lost a Championship throughout the WWE thunderdome era. The Head of the Table has triumphed over strong competitors like Daniel Bryan, Edge, Cesaro and Mysterio who have come for his Title in the past.

The July 31st episode of SmackDown featured the contract signing of the Universal Championship Match at SummerSlam where Roman Reigns and Fin Balor were supposed to put their signatures on the contract, but everything turned around when Balor was about to sign the contract.

When it was time for Finn Balor to sign the contract, Baron Corbin came from behind and sent him out of the ring with a brutal attack. Corbin got the contract and wanted to sign it after decimating The Prince, but he was prevented by John Cena.

John Cena quickly ran into the ring, wrecked Corbin out of the ring and signed the contract to officially face Roman Reigns for the Universal Championship at SummerSlam.

Therefore at SummerSlam pay-per-view event, The Head of the Table will defend his Universal Championship against John Cena in a one-on-one match.

2. Bobby Lashley (c) vs. Goldberg for the WWE Championship

The Era of The All Mighty WWE Champion has been well attributed with brutality, victimization and decimation of his challengers. Bobby Lashley has demonstrated nothing but pure dominance since he won the WWE Championship. The return of Goldberg to Raw has placed huge threat to the WWE Championship of The Almighty.

Goldberg returned to Raw, when there was almost no one else to step up to Lashley and challenge him for the WWE Championship. His return got Lashely confused and at the same time furious. Lashely has however vowed to destroy and end Goldberg if he shows up at SummerSlam. The Almighty has also advised Gage to advise his Dad never to show up at SummerSlam to avoid the ending of his prescious career.

Bianca Belair captured the SmackDown Women’s Title from Sasha Banks when they brawled at The Grandest Stage of Them All. Ever since then, Sasha Banks has been off WWE TV Shows for an undisclosed reason.

Last two weeks on SmackDown, Sasha Banks returned and rescued Bianca from the brutality of Carmella and Zelina Vega. Later that night Banks attacked Bianca with a devastating backstabber and Bank Statement.

Nick A.S.H won the Raw Women’s Championship from Charlotte when she successfully cashed in her Money in the Bank Contract on her. Ever since then, Charlotte has been so furious and wanted her Title Back from Nicki at all cost. She also accused Nicki of being a cheat and an undeserving Champion.

Recall that Charlotte took the Raw Women’s Championship from Rhea Ripley at Money in the Bank before she lost it again to Nicki A.S.H on the following night on Raw. The 27th of July episode of Raw featured Nicki A.S.H in the ring celebrating her New Raw Women’s Title win over Charlotte Flair. Rhea Ripley and Charlotte joined her in the ring therefater and took a shot at her Title. After long deep arguments, Adam Pearce and Sonya Deville settled the score for them by announcing a Triple Threat Match for the Raw Women’s Championship at SummerSlam.

Therefore, at the biggest party of the summer, Nicki A.S.H will defend the Raw Women’s Championship against Charlotte Flair and Rhea Ripley in a Triple Threat Match.

4. The Usos (c) vs. The Mysterios for the SmackDown Tag Team Championship

The return of Jimmy Uso brought absolute fortune to The Bloodline. The Tribal Cheif still remains the Universal Champion and The Usos reign as the SmackDown Tag Team Champions. Therefore, with the unending fued between The Usos and The Mysterios, Jimmy and Jey Uso will have to put their Title in line against Rey and Dominik Mysterio at SummerSlam.

5. Sheamus (c) vs. Damian Priest for the United States Championship

The Non-Title matches that have been announced by WWE for SummerSlam include:

Do not miss all of these compelling matches as they kick-off at WWE SummerSlam on the 21st of August at Arlington Stadium, Las Vegas, Nevada.